So it finally begins...

Nothing is officially announced yet, but an advert for the festival can be found in today's Metro (UK):
https://www.reddit.com/r/gorillaz/comme ... aken_from/

I've got a feeling we'll get some more news today - hopefully details of the new album!

possibly inspired by this?
http://www.bristolpost.co.uk/blur-front ... story.html
I put me trousers on, have a cup of tea, and think about leaving the house...
my gig videos https://vimeo.com/user19376405
Top 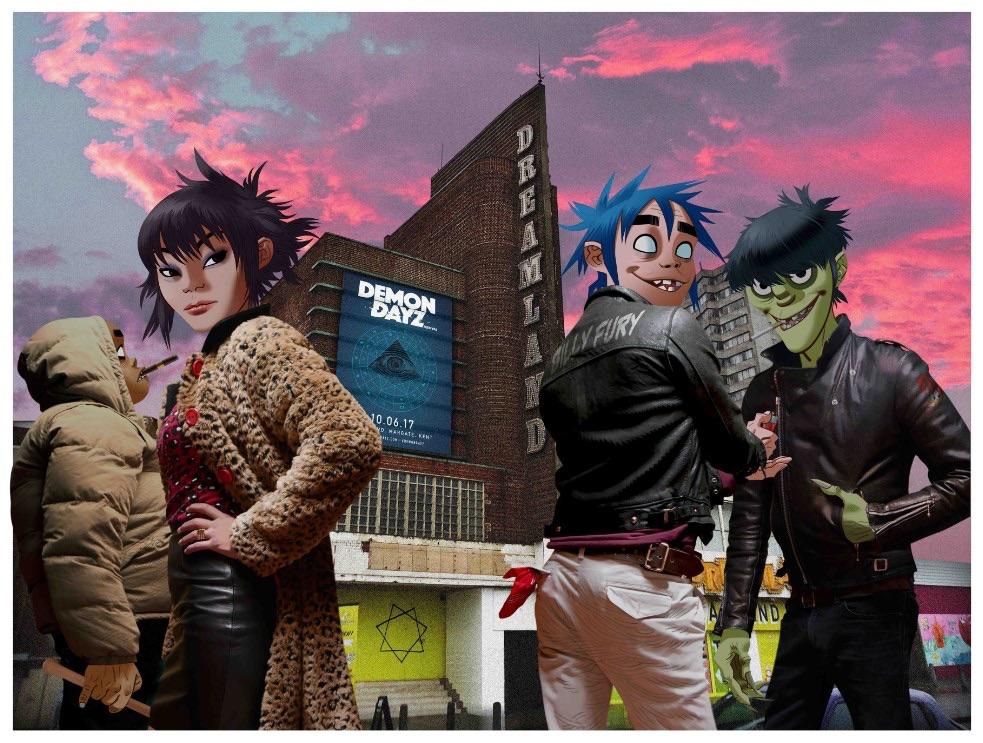 why is noodle only one without a cartoon hand?
Mr ( ͡° ͜- ͡°) K
https://www.facebook.com/Blur2Australia
My animated I Broadcast submission https://www.youtube.com/watch?v=nHRqhEDr70M

Just looked up Margate on Google Maps. Oh dear. Might have to hope for some warm-ups a bit closer to the Midlands.
Top

quite tempted by this, but honestly i dont trust damon to pick a decent supporting bill
tho i suspect it will just be sets from whoever is part of the new Gorillaz record
unfortunately i dont think we will see more of the line-up before tickets go on sale
and i'm sure its gonna be an expensive ticket
Top

tickets are sixty or seventy quid https://www.demondayzfestival.co.uk/ on sale 09:00 Friday - which probably means sold out 09:05 Friday

Really quite fancy this...
Top

REALLY hoping they bring this to NYC as is rumored. And I can't wait to watch the live stream.

Ya know, it would make perfect sense to release a new single (hopefully with music video) this Friday for when the tickets go on sale.......

Two days after my birthday!! A trip to Margate perhaps. Thing is, it's bloody miles away from me.

1) That whole thing about a small secret show was bollocks then, as I thought.
2) I'm moving to America before then but I'm glad the show will be streamed online. I'll be watching!
3) Hopefully we get some new material before the show, a single or two at least if not the whole album.
4) YES!!

tom_cas1 wrote:That whole thing about a small secret show was bollocks then, as I thought.

You don't know that. No one said this was the first show.

ya exactly. im betting there will be some "warm up" shows before the festival.
Textin' abbreviates the brain. Aspirin takes away the pain.
Top

I just don't see it. I like to think Gorillaz can come up with something new this year instead of the tired "warm up" show option. That said we all know the management involved... I like to think this Demon Dayz festival is the start of something big though. Huge first show, continue from there. It's only 3 months away after all. Not that long.