Yeah those Telekom shows were advertised explicitly as "album showcases" not normal shows. They were also completly free concerts. The setlists will be different for the regular shows.
I Scream, You Scream, We All Scream for Ice Cream
Top

Talking of setlists, I'm listening to D Sides (again...) I wish The Swagga could feature some time. It would rock.

i enjoyed 5/4... not really bothered about damon not singing it.. thought she was quite sexy... really depends who was doing it i guess..
plus - it wasn't ruined by the "slide of doom" =

& yeah, more songs from first album would be nice 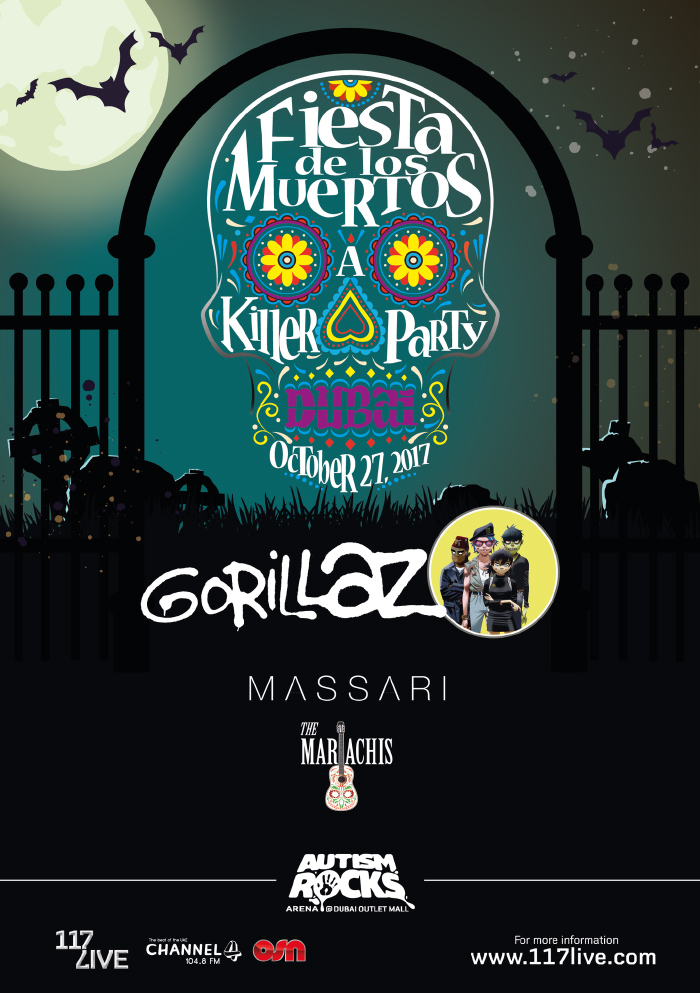 http://www.chicagotribune.com/entertain ... olumn.html" onclick="window.open(this.href);return false;
https://consequenceofsound.net/2017/07/ ... icago-708/" onclick="window.open(this.href);return false;
I put me trousers on, have a cup of tea, and think about leaving the house...
my gig videos https://vimeo.com/user19376405
Top

I saw some Snapchat videos last night. They really need to ditch Rhinestone Eyes, it sounds terrible. A decent studio album track but in a live setting it stinks.

oh ya they should totally ditch it because some guy doesn't like how it sounds based on snapchat videos
Textin' abbreviates the brain. Aspirin takes away the pain.
Top

Yeah, see I wasn't talking about video quality but the sound of the song in a live setting. It's shit.

The Chicago gig was really great. Full of energy from everybody, band, guests, and crowd alike! Charger was brilliant live as I had suspected, and I was able to touch the heptagram tattoo on Damon's right hand

got to meet Seye before the gig, and man, what a guy! So nice. Having Little Simz rap on WGTP instead of Jehnny's parts was brilliant... sooooo much better. And Garage Palace was INSANE live! I'm sure I have loads more to say, but instead I'll just try and post a few pics of mine and also cross my fingers that the Philly gig will be even more brilliant.

Oh, and last thing, but Toronto looked amazing. Having Kilo Kish do the vocals on 19-2000 was a genius idea!

ya the toronto show was amazing last night. I lost it during charger and rhinestone eyes as did everyone around me. so I highly disagree with saying it's shit in a live setting. I was pretty close to the stage where seye stands, didn't get to touch Damon like I hoped during charger

and strobelight... man that song is so amazing live. I hate to admit it but We Got The Power version I heard last night was the best I have heard out of the album version and other live versions. Having Lil Simz rap over it and the kraut-rocking build up was just amazing. The bell sounded great too in person
the place was packed and so energetic, Damon said he didn't expect it to be like that and said he loves us

hopefully he will come back to Canada again soon
Textin' abbreviates the brain. Aspirin takes away the pain.
Top

TorontoGary wrote:19/2000 in Toronto was great (as was the rest of the show). Here's a link to the video I posted on YouTube.

they added a Fall song to the setlist

Carly Simon coming out for Ticker Tape was really special. Oh how I hope to GOD she's in Philly tomorrow!

DO NOT change this setlist! https://www.setlist.fm/setlist/gorillaz ... 46ec8.html" onclick="window.open(this.href);return false; It is near perfection. Especially keep M1A1 as the opener and 19-2000 with Kilo, cos it's brilliant. I feel like Philly won't get Revolving Doors because Damon said it was made in Boston, so it may have been a Boston only treat. I'm fine with them switching it out for another song off of The Fall, however. Or even better, play another ST song... 5/4 please!

The only song on that setlist that I don't care for is Sex Murder Party, yet it's still great live. Especially with Jamie's visuals, as they're mesmerizing. I'd gladly switch it out for 5/4, Dirty Harry, Plastic Beach, etc.

I'd love to see re-hash and Amarillo.
The Boston setlist it's almost perfect, I'd add "on melancholy hill" and "feel good inc"