Ghost Ship being included is excellent news! Here's hoping they keep it on for the rest of the year, especially at MSG

I am recording it. But broke badly twice I missed bits I'm sorry. I'll have to edit together so a delay in posting it. Tom the audio will be choppy and in parts of you can do something with it?
Top

Wow.... so..it appears they dropped "Girls and Boys", "For Tomorrow", "Stereotypes", and "He Thought of Cars" in favor of those additional "TMW" tracks. But, weren't they forced at the last minute to shorten their performance at this past Hyde Park by 20 minutes due to the curfew? If so.......

That's automatically up there with Glasgow and Wolves as being one of the setlists of the tour. Absolutely brilliant to know that Pyongyang was played, great to know they haven't completely dropped it for no reason.

For me, the fact that more TMW was played today makes it more likely that there will be at least another TMW gig in UK before the year is out. I feared they had either tired of the new material, did not enjoy playing it live, or thought it did not work live. Hong Kong proves that is not the case.
Top

I hope you're right Jack. Surely it would be perverse to spend the summer in Europe eschewing so many of the TMW tracks, to only then pull them out of the bag for one show in Hong Kong. But, it's possible they've gone TMW-heavy as a one-off simply BECAUSE it is Hong Kong. I'd be mightily disappointed if that was the case though. These songs are fabulous, they deserve to get more live exposure in the autumn. 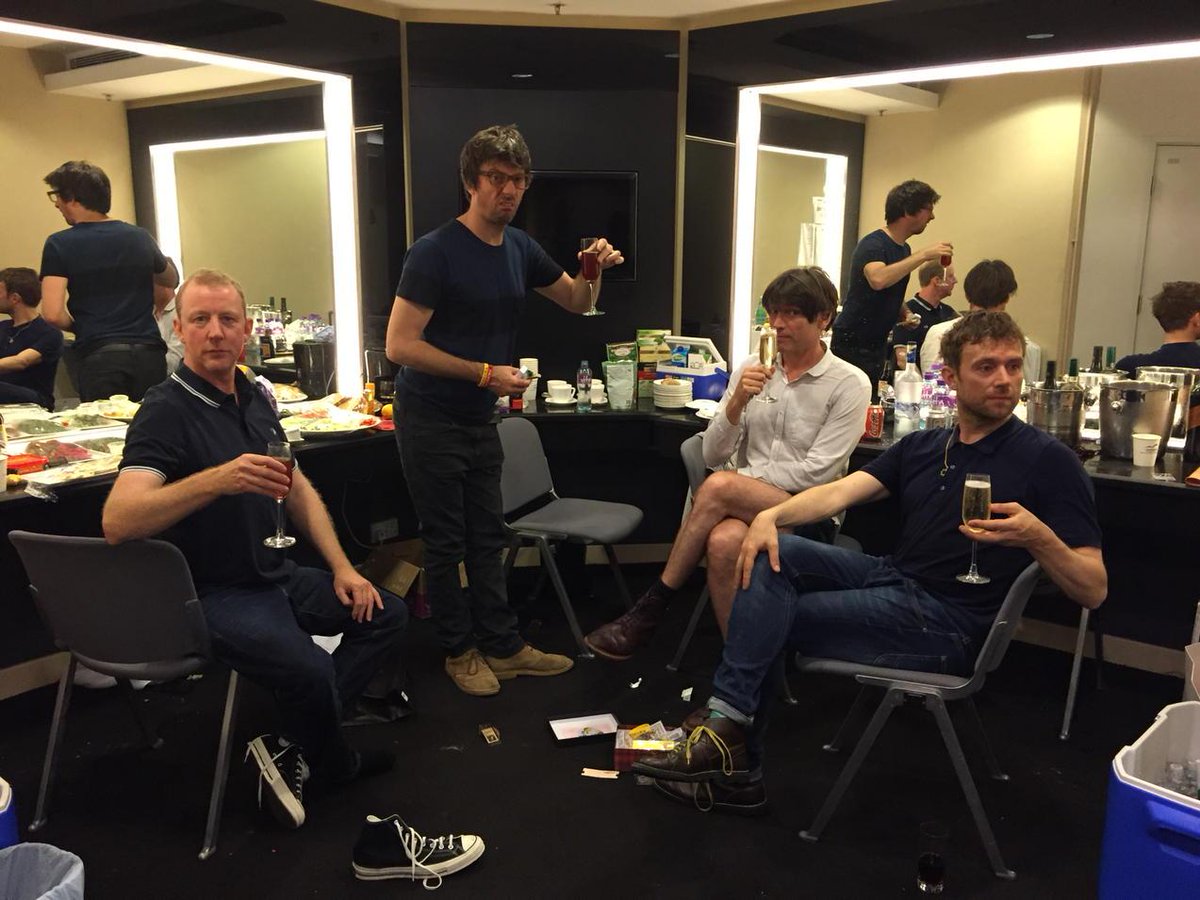 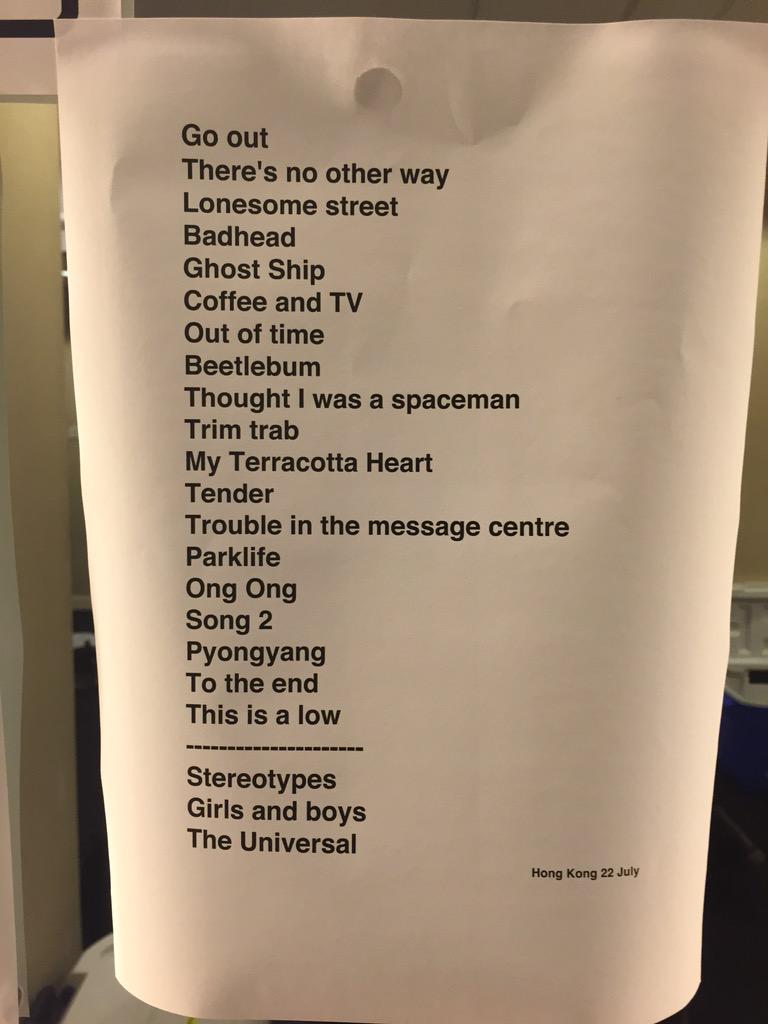 for me to the end should be replaced by for tomorrow and i think he thought of cars should come back to, however apart from that, very good setlist
Top

My apologies the stream broke at the end of Beetlebum and at the start of Pyongyang I am gutted. But better than nothing. There will be a delay while I edit this and I have to go to work. Hope to have it up later today. I'm hoping they might reshow it or something. Or maybe someone else got a good recording.
My thanks to the Taiwan and HK friends who made it possible at all. UN of Blur fans.
Top

Loving the setlist, glad to see they dropped a few "classics" to play NEW MATERIAL. A real shame they didn't do that in Glasgow, Blackpool and the Valleys. Pyongyang too!! Very nice. I hope this isn't a one off thing though just because they were in Hong Kong.

Thanks for recording it Sarah, I will do what I can when you send it to me.

The partial Pyongyang. Choppy and the stream completely failed for 2 minutes before hand because we are cursed with this song. Maybe it was the N Koreans???? https://vimeo.com/134210637" onclick="window.open(this.href);return false;
Top

Wow! Sounds like a great setlist. Hopefully He Thought Of Cars will return (no need for Badhead and There's No Other Way.) Hopefully Pyongyang and Ghost Ship will stay! I'm hopeful they'll add some UK dates, those would be a chance to try out some interesting setlists. Especially if they did a RAH gig like rich has been planning/hoping for

And thanks for the recording Sarah, can't help those technical issues!

Just came back, it was a great gig, great atmosphere, people jumped up and down. Love love love the setlist. So happy they add more TMW songs. I expected ghost ship, so Pyongyang is a good surprise. It will be perfect if there are too many of us is on the setlist.
Top

First thing I thought when I saw this was British Image No 2.