Been on leave for a couple of days and rewatched The Beatles anthology series on dvd.
Beautiful documentary and I forgotten so much. Loved the jam Paul,George and Ringo did and the reminiscing of the old days with John
https://m.youtube.com/watch?v=ArPO4wwyaxo
So hope the series gets a polish and a digital download release soon or maybe a Netflix\prime release too.
“I need something to remind me that there’s something else”
Top

Yes it was a great series, haven't seen it for some years.
"Everybody's Doing It...So Do It Too...."
Top

That’s so weird that you guys are talking about the Anthology because two weeks ago when Neil Innes died I watched the Rutles movie and I had forgotten how funny it was. Then I thought about the Anthology and later my local radio station has a Breakfast with the Beatles program and they played “Real Love” and that really made me want to watch the Anthology. I have to search for the DVDs as for some reason they’re not with my other DVDs.
Top

I actually did find it. I watched some of part one but had to do something else
Top

Graham has performed at the Wammys, anual event held by Dhani Harrison. No full setlist included i the article, but last year Graham performed "Old Brown Shoe" at the event.

Here´s the setlist, Graham performed "Taxman" and (with others) "Handle with Care" by Travelling Wilburys:

Here's one for drew 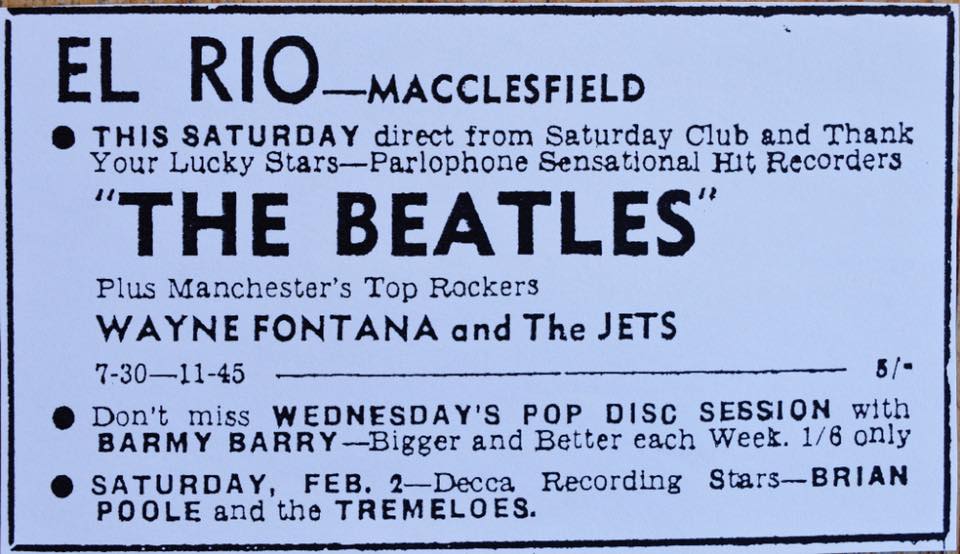 They played in a tiny venue in Macclesfield, you can imagine it was pretty big news at the time (and still is)

After the gig they went to a chippy down the road (I presume this was waters green)
Stephen Ainsworth : Freelance Web Developer
Top

What does everyone think of Julian Lennon's music?

I must admit, I only knew a handful of songs but I heard a few more the other day. While the ones I heard are typical 80s pop, they're not that bad. I always kinda feel bad for him as he was just trying to do what he loved doing (music) and no matter what he did everyone compared him with John.
Here's a song off his 1998 album Photograph Smile which sounds very Beatle-y. The video is entertaining he even has a Yoko character.
"I Don't Wanna Know"
https://youtu.be/kR5AEfPU_TQ
Top

but they won't do blurs primrose hill...pfft!

The two don't quite compare.

Alright, I'll be the first to say it:
Paul sounded like shit during the One World thing tonight.
There was something that was bothering me though, he seemed to be really out of breath. Like he sounded out of breath even when talking. His organ playing was not his finest and he looks really thin.
I know he's older, but this seemed didn't seem ordinary for him.

Anyone else feel the same?

Link of the video below for those who didn't see it:
https://www.youtube.com/watch?v=KUL7K7RQ8HM
Top

I've just got up, and first thing I went to see was his performance... It's even hard to call it a performance, I'm sad to say...

His being thin did not particularly strike me, but really the rendition of the song was appalling.

Well, I guess you're right, MsMagic, he's now 77, and even Stevie Wonder (who's "only" 69) sounded old and tired even though he has a sounder voice than Paul generally, but gosh, Paul's keyboard playing was really awful, I was wondering where it was going, it was like he was not even in the song.

Conversely, the Stones made a pretty fine job, but their video was much more produced, with backing musicians added: bass + organ + dubbed drumkit for Charlie, so it felt a bit cheated.

Though these were impromptu performances and others (e.g. Elton, Tom Jones) also struggled with the notes at times.
"Everybody's Doing It...So Do It Too...."
Top

Elton seemed like he was screaming, but his playing was still good. Paul's playing was not. It didn't even sound like Lady Madonna.
Top
Post Reply
2790 posts